What Contraception Should You Use?

Here are some fast facts on some popular contraceptives, with a personal story from someone who uses that method!

“You shouldn’t have sex until you’re married and ready for kids!”

I don’t think this is the most realistic suggestion. While abstaining from sex is a good way to prevent pregnancy, the conversation should not end there! Often explained to young people as the only way to stay safe, abstinence-only education does not allow space for honest conversations to happen.

❏ For detailed explanations on how to use each contraceptive listed, as well as discover more options, visit our site.

❏ Use Roo if you’d like an anonymous chat, powered by questions from other teens!

❏ If you would like to chat with a sexual health educator in real time and for free, go here and scroll down to “Chat Now”.

Realistic Conversation #1: What else can help me stay safe during sex?

There are many different ways, and some may work better for you than others. Below are some fast facts on some popular contraceptives, with a personal story from someone who uses that method!

➔ What is it? Latex, plastic, or lambskin that covers the penis

➔ Cost? About $2 per condom

Condoms are pretty common. Many stores you might already be familiar with sell them– Rite Aid, Walmart, Target; you can even find them at gas stations. Check your local university health center, or of course Planned Parenthood for free condoms!

In order to be protected, the partner with a penis will have to correctly put on a condom before any sexual activity begins, and keep the condom on until finished. A condom is not reusable, and should not be used if damaged or expired.

Fun fact! This is the only birth control method (besides abstinence) that prevents STIs!

Ally says: “I definitely like the security of it! I get super anxious (and have had some scares in the past) about pregnancy before I’m ready for it, and although it might be great without one, I like having peace of mind!”

➔ What is it? Hormones that stop ovulation & thicken cervical mucus

➔ How effective? 91-99% effective with perfect use

Fun fact: the pill is often used to regulate periods! There is both a combination pill (estrogen and progesterone) and a progesterone-only pill (which needs to be taken at the same time every day to be effective). While a visit to the doctor is needed to obtain a prescription, many people like this method because they can handle it on their own, unlike with an implant or an IUD.

In order to be protected, the pill needs to be taken on a daily basis. The pill does not protect against STIs, which is why it is important to double up with a condom.

Anonymous says: “I use the pill because it started off by regulating my hormones after having a cyst removed when I was 16. I also use condoms because birth control does not work all the time.”

Lily says: “I started the pill really because that’s what I thought was the norm, I never really asked any questions. I’d like to change so I don’t have to take something every day because I often forget. I’m due for the gyno in about a month or two though and plan to ask more about other options.”

Michelle says: “Married for three years but we aren’t ready for kids. We both have career goals we want to hit or get close to before we start. I started taking Yaz in college and just recently switched to norethindrone because my family’s risk for blood clots is high with Yaz. If I didn’t think I’d want to have babies in the next couple of years I probably would’ve had an IUD.”

➔ What is it? A copper or hormone-based device placed in the uterus

There is a copper IUD, which works as a spermicide, and a hormonal IUD that releases progestin and thickens cervical mucus (making it difficult for sperm to get through to the egg) and sometimes prevents ovulation. For this method, you will need to have the device placed and eventually removed by a medical professional.

Fun fact! The copper IUD (called Paragard) can be used as emergency contraception for five days after unprotected sex.

Taryn says: “I use the Kylena IUD because I was losing my insurance and wanted to make sure I would have reliable birth control for a while!”

Bri says: “I use the Skyla IUD because I’m terrible at taking pills daily, and doing any maintenance. I’m also using it because I was having tons of pain with periods, and just the basic: not to get pregnant.”

Elayna says: “I love talking about birth control! I got a non-hormonal IUD because the birth control pill I was on took my period away and I was afraid I was pregnant every single month. I also like that I don’t have to worry about getting another one for 10 years.”

➔ What is it? Tiny rod placed in arm that releases hormone Progestin

Fun fact! The implant can last up to 5 years, but is not permanent. Shortly after removal, you will be able to get pregnant.

For this method, you will need to talk to your doctor or gynecologist, because a medical professional will need to place the implant. In order to do so, they will first numb your arm. The implant works by releasing progestin, which thickens cervical mucus and may even stop ovulation. No egg, no pregnancy.

Kelly says: “I use it because it’s long term and I’m 26 years old and I don’t plan on having children any time soon. I’m early on in my career journey and I’d like to be earning a much higher salary before even considering children. The implant is great! It will expire next year and I will 100% be planning to get another one inserted. I need a contraceptive that is reliable and long term.”

Cher says: “I have the Nexplanon implant because it seemed the easiest and I was bad at taking the pill every day, and there was a chance the implant would get rid of my period.”

➔ What is it? An injection of Progestin every three months

The birth control shot needs to be given every 12 to 13 weeks to be effective. Usually, a doctor or nurse has to give you the shot, so it’s important to keep track of your appointments so you’ll know when to schedule your next one. Sometimes, you will be able to take a supply home and give yourself the shot.

Fun fact! Follow-up shots can be given between 10 and 15 weeks (of your last shot). But, if you get your follow-up shot later than 15 weeks, it’s really important you use condoms!

➔ What is it? Pulling penis from vagina before ejaculation

The withdrawal method, or “pull out method” is important to remember in case you are ever without another form of birth control and still plan to have sex. While it can provide some protection against pregnancy, it is still possible to get an STI.

Fun fact! Sometimes people use the withdrawal method while also using condoms (or any other form of birth control!) because it means they are more protected from pregnancy.

➔ What is it? Refraining from having sex

While it is not the only way to prevent pregnancy, many people do choose abstinence! This is a personal decision that should always be respected and appreciated as a choice, even if it is not the one that you personally would choose.

Fun fact! Engaging in ‘outercourse’ means participating in other sexual activities (not vaginal sex), which could include things like kissing, massage, or sex toys. It’s important to remember that outercourse does not protect you from STIs.

Steve says: “I have had sex in the past, but right now I have a new partner and am just getting to know them, so I am not ready to be that intimate yet. I hope to in the future, just not right now.”

Sexually transmitted infections have been mentioned throughout this post, often alongside the words “protect against”. While it is important to keep track of your health, it is just as important to protect yourself from shame. For all sexually active humans, there is a chance to come in contact with STIs. It does not make anyone dirty, undesirable, or promiscuous if they do have one. Instead of fretting about what others may think (or judging someone else), take the next steps and talk to a doctor to find the treatment appropriate for you, and be honest with your sexual partners. Take care! 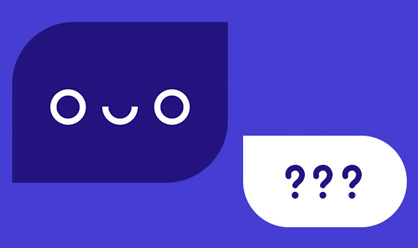